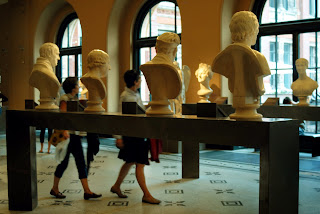 Norbert Enker photographs the Wall between 1989 and 1992. 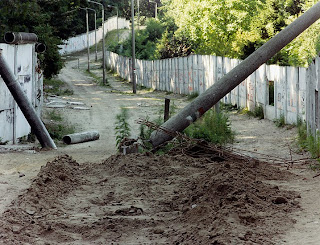 'One of the greatest architectural monstrosities of German history exists no more: the Berlin Wall.
The sheer bewilderment generated by the building of the wall was matched by the disbelief when the wall finally came down. It had been predicted that the wall would stand for a hundred years – a prophecy that did not come true.
The Berlin Wall, a demarcation line that divided two political systems right in the middle of the city, could suddenly be crossed again without any problems.' 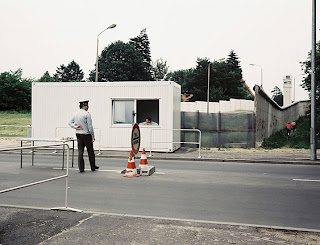 'With the official declaration that the wall no longer represented a barrier separating the citizens of Berlin, it didn't take long before the wall became an object of economic interest and even a source of nostalgia. Tourists began pouring into the former so-called 'death strip'. Business boomed in the sale of Berlin Wall souvenirs. Buying a chunk of the wall meant being able to take a piece of German history home with you.' 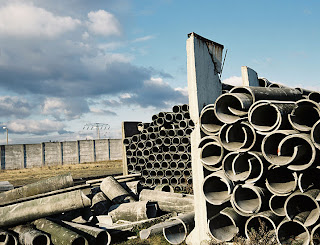 'When the wall came down, a huge strip of land running through Berlin opened up for construction projects, ranging from cautious urban planning to brutal speculators and the long-term strategies of large corporations.
It was inevitable that the wall, as symbol of the separation of East and West Germany, would very quickly be consigned to history and that any visible traces of it would be erased within a few years.' 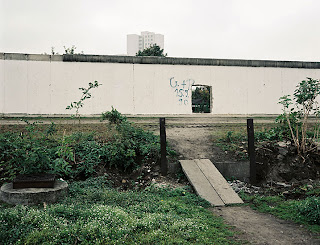 'It seemed important to me at the time to record the healing process of the historical wound and the scar that was left behind, possibly to the point at which all historical traces became completely erased. Documenting this process was, and remains, a major part of my work as a photographer because the Berlin Wall is a unique phenomenon in modern history and has great symbolic significance for the future of Germany.' 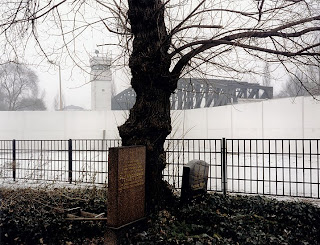 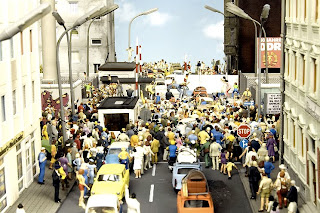 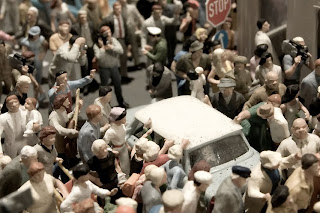