Between 2001 and 2004 Scott McCloud created comics based on suggestions from his readers [McCloud, 2010]. McCloud (2005) also talks about how websites have changed comics and how it has expanded limitations set in print media, relating to screens as a window, not a page, and allowing "durable mutations". 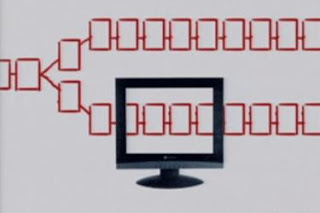