'Operations can be surreal'

Ideas and concepts for website. I have been searching for a structure which is not as straight forward nor simply a portfolio site, with mysterious and uncertain narrative. The artist James Hart Dyke has worked with MI6, and due to confidential nature, he has made identities of agents vague and hidden. 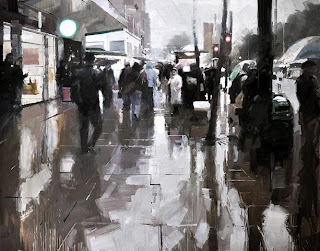 Espionage 2010, oil on canvas. An ordinary street scene. But is it ordinary, or is something out of the ordinary going on here? 'In the world of the spy, extraordinary events happen in the midst of the mundane,' says Hart Dyke. 'Once you're part of that world, you're never sure that things are as they seem. It can seem paranoid but it's paranoia with a point. Is this an ordinary day in a city or is it the scene of an SIS operation?' 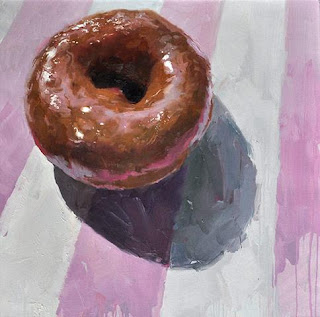 Doughnut on Stripes 2010, oil on canvas. The intelligence community sometimes refer to the GCHQ building as 'the doughnut' 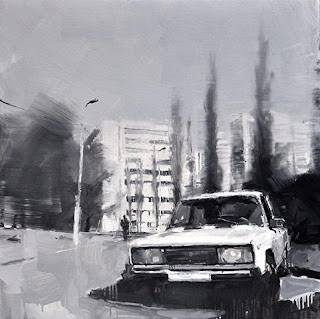 Housing Estate 2010, oil on canvas. A scene reminiscent of the cold war 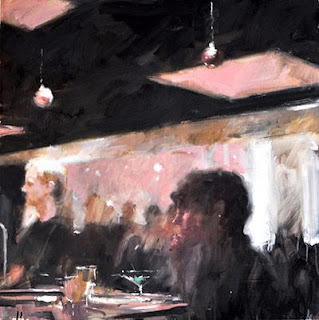 Ice Breaker 2011, oil on canvas. SIS officers need to be able to cultivate contacts. An officer contemplates how she might strike up a conversation with her target, who is having a drink at the bar 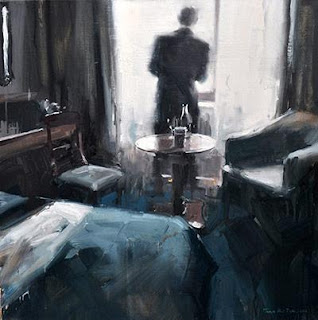 Waiting in the Hotel Room 2010, pencil, watercolour and charcoal on paper. Spies spend long hours working, waiting for contacts and waiting for calls. 'There's a lot of hanging around,' says Hart Dyke. 'You're in a completely ordinary place, waiting for something quite extraordinary to happen... and often waiting for a long time.'

"James Bond, as Ian Fleming originally conceived him, was based on reality. But any author needs to inject a level of glamour and excitement beyond reality in order to sell." (MI6, in Norton-Taylor, 2011)
Guardian.co.uk (2011) James Hart Dyke: A Year with MI6 - in pictures. [Online]
http://www.guardian.co.uk/artanddesign/gallery/2011/feb/14/james-hart-dyke-mi6-in-pictures?intcmp=239 [16/02/2011]