Beuys and the Berlin Wall 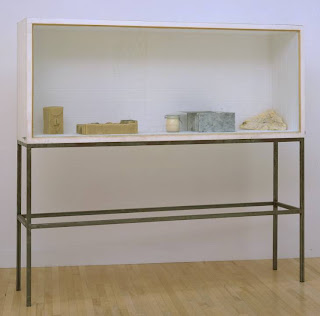 Joseph Beuys' "entire artistic career was spent in its shadow. He'd satirised the wall in the 1960s by suggesting that it should be raised by 5cm, 'for better proportion'... Lightning with Stag in its Glare, came directly out of an installation that Beuys made in Berlin, in 1982, in the Martin Gropius Bau - notable for its close proximity to the wall and therefore a symbol of divided Germany. Beuys spent a week grouping objects together in the gallery's courtyard, as part of a temporary exhibition called 'Zeitgeist', 'Spirit of the Times'".
Tate Modern [2011] Track 6: Lightning with Stag in its Glare, Beuys and the Berlin Wall. [Online]  http://www.tate.org.uk/modern/exhibitions/beuys/transcripts.shtm#track6 [26/05/2011]