What caused the Berlin Wall to open up, leading onto the changes in Europe, and how did the changes follow? Packer (2009) claims "multiplicity of conditions" - such as dissidents' protests and the American support, failing economy in the Eastern bloc, the loss of confidence among the ruling elites, and Gorbachev's forbearing attitude - brought changes in Europe in 1989. Packer argues that it was a rare combination of circumstances and it should not be expected generally;

"a false lesson drawn from 1989 involves a kind of shallow eschatology of totalitarianism: this is how it always happens—the people rise up, the regime withers and dies, peace and democracy reign." (Packer, 2009)

By Tom Bachtell
There are doubts about how democracy had prevailed over other political ideals, as Fukuyama (1989) proclaimed, we have reached "the end point of mankind's ideological evolution and the universalization of Western liberal democracy". Morozov (2009) writes that even though the world is more democratic than it was 20 years ago, it is not as democratic as we expected. Authoritarian governments have taken up technology and new media and raptures of within oppresive states are caused by globalisation, not technology, he claims. "The Berlin Wall may have fallen, but the Chinese Firewall has been erected in its place" (Morozov, 2008). 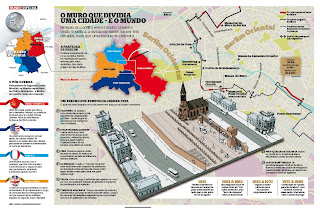