The German Chancellor Helmut Kohl announced his 10-point unification plan less than 3 weeks after the opening of the Wall, where he had made no discussion with his coalition partners in Bonn, nor with the allies (Blitz, 2009 & American Embassy Bonn, 1989). 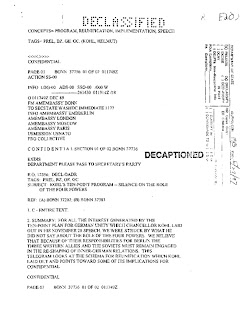