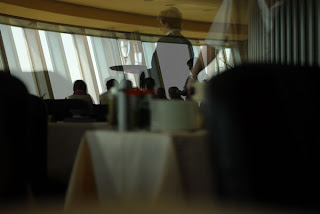 I was interviewing a Berliner in Alexanderplatz. He was born in Berlin and grew up with the Wall, seeing the border from the Eastern side. He now lives in the reunified city, having longed for his homeland, East Germany, since it dissolved itself twenty-one years ago. I felt traces the Cold War division had left behind. 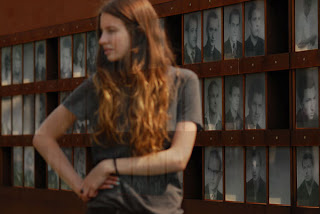 This project is based on socio-cultural observations in post-Wall Berlin. The city has lost most of the concrete divide, with some exceptions that exist as iconic backdrops for tourists, or in smaller pieces in souvenir shops. Euphoria has also faded, alongside empty political promises for blossoming landscapes, accumulating nostalgia and resentment. The divide is now in the mind. 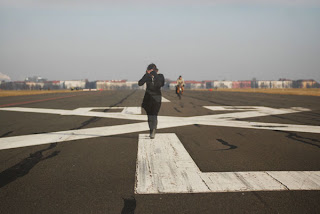 I have been photographing the former border and architecture that has lost its political might, and documenting Berliners’ experiences. The fading and re-emerging scenes reflect collective memories that linger like mist in the psychological landscape.
From my NUCA MA Show Artist Statement
Posted by Tomo Usuda at 01:00
Labels: Masters Project
Newer Post Older Post Home