"Being there but not there": In a Lonely Place 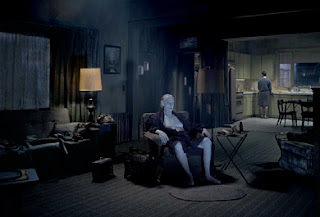 Gregory Crewdson's photographs are "projections of a story" he might have heard, "trying to search beneath the surface of things for an unexpected sense of mystery or something that's secret" [Crewdson in the Loyal Library, 2011]. They capture "the moment of transition between before and after" where he uses twilight for its evocative effects (Crewdson in Helmore, 2006).

Crewdson creates his scenes similarly to a film production using sets. In his interview projected in his exhibition In a Lonely Time, he also speaks about photography of truth and photography of fiction, and how the he merges the two approaches together to create tensions between detachment and intimacy, of "being there but not there" [Crewdson in the Loyal Library, 2011].

Amie Siegel also works on the relationship of documentary and fiction, which I will explore and experiment for my Berliners' project to raise questions about the coexistence of objective and subjective histories. 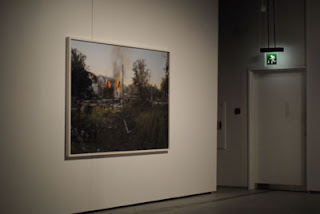 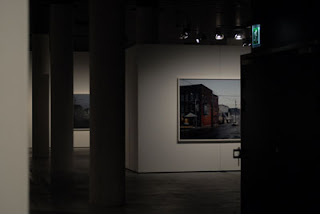