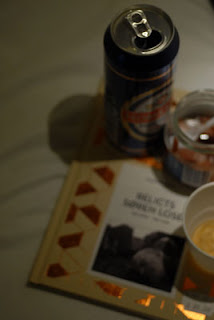 
The city of Berlin has been exposed to an unusually high number of historical events and periods which have been decisive for world history. This is what Relicts is all about: Berlin as the setting for the East-West conflict of the cold war years, of Communism and Capitalism; of past and present; regime versus the individual and the concept of Utopia – the notion of an ideal world.The exhibition features works, such as Curtain, 2011, which refers to an interior decoration from the East-German Unity Party’s assembly hall in Palast der Republik in the former GDR. The work is reminiscent of a stage curtain with strong authentic institutional aesthetics but at the same time also anonymous and neutral. Wall, 2011, consisting of reconstructed fragments of the Berlin Wall, embodies the post-war period and the segregation of East and West. After a narrow claustrophobic passage comes the work Flag, 2011, referring to a wall decoration in the aforementioned assembly hall, where one can see black and white photos. They form collages from an era, a particular period, a particular place. The earlier work Monument for Amnesia, 2009, mimics the helter-skelter like fashion of beams found in a construction site. Furthermore, the monumental Ghost, 2011, a reconstruction of a now demolished Lenin monument from 1970, is presented. Lose's fragmented version does not appear glorifying but rather abstract and dystopian. Finally, a number of objects, texts, photos are exhibited in display cases. The reinterpretation of Lose’s sculptures functions as a focal point for the exhibition; the sculptures act as relicts, as historical and situational signifiers for the GDR’s cultural and political ideologies.
Relicts combines several mythological narratives and significant historical buildings to unveil the fictitious,constructed and complex layers of meaning within history.