I have tested projecting on to 3 sheets of frosted plastic, and then viewing them from both sides, and also on to smoke. The idea is to create an atmosphere of recollection. 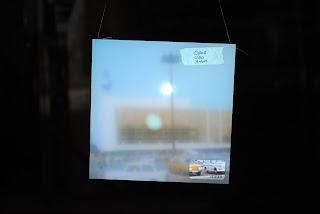 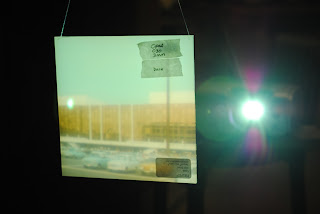 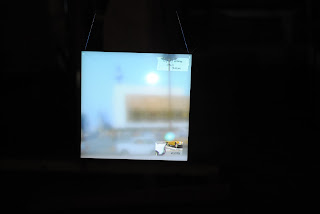 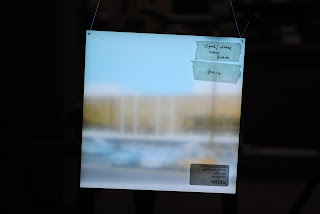 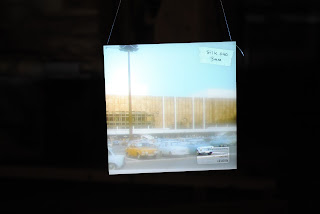 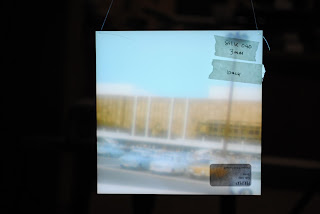 Silk 040 3mm, front and back
The test with smoke proved to be difficult. I've connected a smoke machine to a wooden box with an open front, which I can cover up with different material for different effects. I would then project an image on to it.

This was the set up: the smoke machine connected to the box on the right, and a projector connected to a laptop. 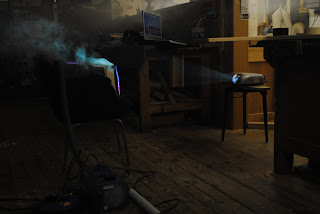 The first material that was roughly woven did not hold/control the smoke at all. 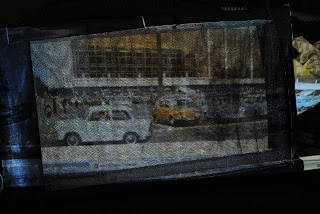 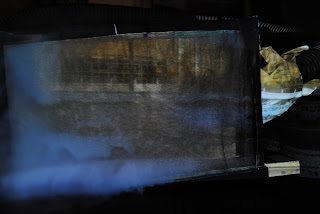 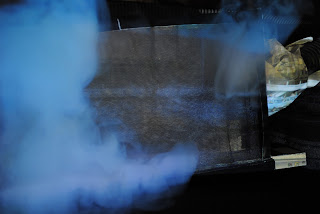 I'd then added another material, which had a closer weave. It let the smoke gradually through, and the images were better projected on to it, although, after a second or two there would be too much smoke in front of it (below). 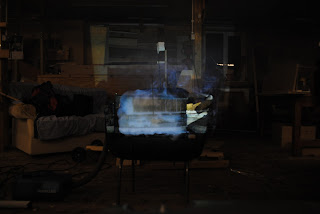 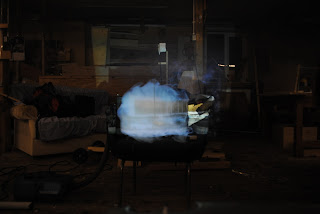 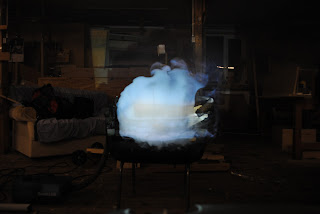 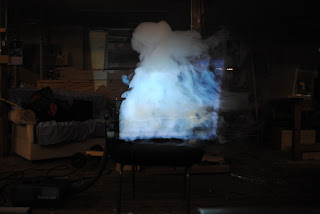 The key is to have many smaller holes for the smoke to be let out, and somehow blow the smoke away so that it doesn't build up. The room filled up with smoke very quickly... there might be a problem with smoke detectors inside the exhibition space too (unless it had a heat detector alarm).
Posted by Tomo Usuda at 23:45
Labels: MSN4
Newer Post Older Post Home