Exposed: Voyeurism, Surveillance and the Camera

This exhibition at Tate Modern focuses on images, mostly photographs, taken without "the explicit permission of the people depicted" [Tate Online, 2010a]. Sophie Calle's Room series, where the artist became a temporary cleaner of a hotel and photographed guests' belongings, were also on display. 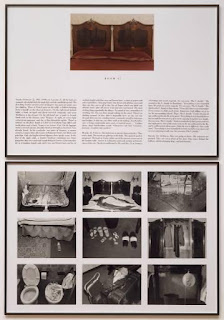 "Tuesday 24. 10:30 a.m. They are going to leave. The suitcases are packed. They are set in front of the door. They leave behind the balloon, which is hanging limp, and stale biscuits." (from Sophie Calle's Room 47)

This line leaves the viewer some sense of a departure and transition of the guests of Room 47, and is accompanied by photographs, including that of a wilted balloon.

I asked a staff if I can take photos at the exhibition - as I usually do - who then pointed at a sign with an image of camera crossed out. How can Tate charge visitors for tickets (£10/8.50 concs) for an exhibition based on images discreetly captured, and not allow visitors to take photos? Are they encouraging visitors to to take photographs by prohibiting it? 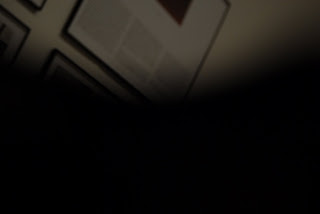