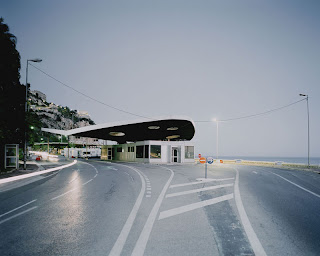 Border, an exhibition of works by Martin Sigmund, is on display until 28 March in Stuttgart. The photographs show a collection of deserted border checkpoints across Europe made redundant by the Schengen Agreement, and express a sense of the past and nostalgia. 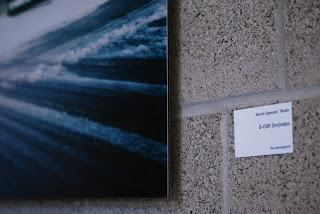 I wondered if the description "D-DDR" on the label for the Dreilinden Checkpoint Bravo photo was intentional (as opposed to saying "BRD-DDR"). Although it made me think about the FRG-GDR relationship, the photographer later told me that he chose to use D and DDR based on car national identification stickers, which I think is appropriate as these checkpoints were inspecting cars crossing the border.