Peter Frischmuth Photos of the Wall 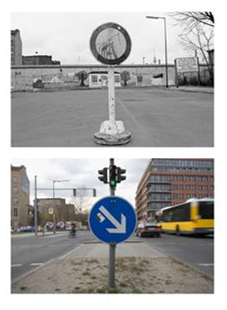 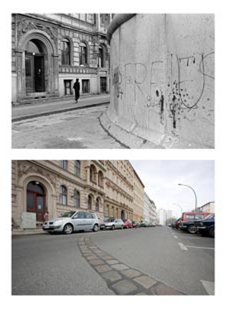 "I will never forget the view from the window of the PanAm at the landing approach at Tempholf airport. It was already dark as the plane pushed its way through the clouds. Underneath me a bright band of glaring lights that cut the city in two. The wall, the death strip – my first impression of Berlin." [Frischmuth, 2009]

Peter Frischmuth is a freelance photographer with focus on travel and journalism. He has published "Berlin Kreuzberg SO 36" with pairs of photographs of Kreuzberg district - one taken in 1986 when the Wall was up, and the other in 2006 after the Wall opened - alongside one another.


"You can look at the old and new photographs from Kreuzberg SO36, and compare and draw your own conclusions" [Frischmuth, 2009].