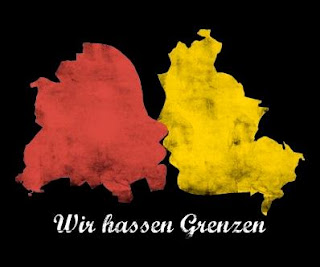 This is an image created by Ina Mar, using prints and Photoshop, for the 20th anniversary of the opening of the Berlin Wall. It was designed from silhouettes of two people kissing and shapes of East and West Berlin, and the writing "Wir hasses Grenzen" - we hate borders, which refers to the Wall. 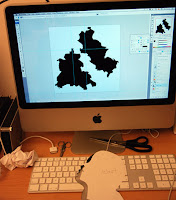