Reunited by a Bridge: Workington

A town which "can legitimately complain that it is now half the town it once was" (Kelly, 2009) is now reunited with a temporary bridge. 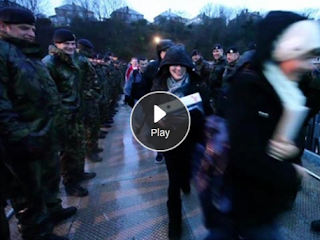