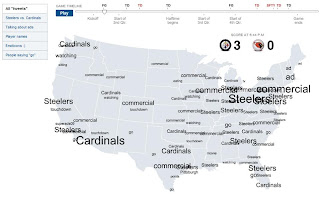 Tweets during the 2009 Superbowl between Steelers and Cardinals is dotted on a map created by Matthew Bloch and Shan Carter. It can be played as a movie to highlight changes while the teams battled on the field, as well as picking out emoticons and adverts [Bloch & Carter, 2010] 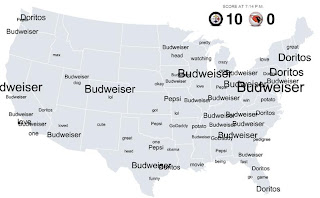