"HSBC has been communicating its understanding of its customers and the world they live in by recognising their different values. From courage to status and trust, HSBC strives to celebrate the diversity of these values." (HSBC, 2010)

fate; fear; fairy tale
As HSBC claims to be "the world's local bank" (HSBC, 2010) their adverts promo their message that they understand the diversity of values. The adverts fames two of three photographic images with divverent, sometimes conflicting values, to show how people perceive differently. At the end of their two short clips, Integrity and Responsibility, a mosaic map of the world appears from a collection of portraits - which is similar to a Berlin mit Berlin ident I produced for Hybridised Practices unit last year. 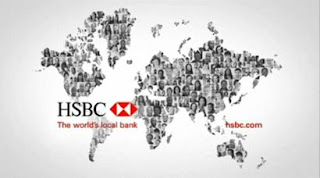