"The Most Difficult Time" since Germany's Reunification 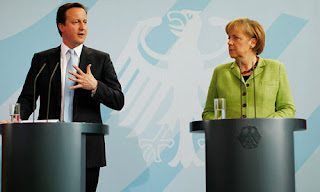 Photograph by Carsten Koall
Europeans face "the most difficult time in the EU since the collapse of communism and Germany's reunification, with the huge difference that the situation is now depressed and pessimistic in contrast to the air of possibility and optimism when the Berlin Wall fell", claims Traynor (2010).