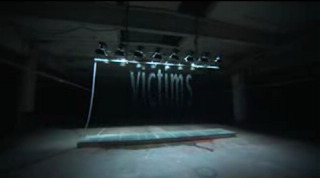 Julius Popp is at "the cross-roads between art and Science" (Freyer et al, 2008, p.116). Bit.fall is an installation in 320 nozzles, controlled by computer software and electromagnetic valves, creates waterdrops which creates words. The display of this "giant water printer" is 8 metres wide, and can be interpreted as a critical perspective towards "our society's permanent quest to achieve an objectifiable representation of reality by means of technological advances" (Freyer et al, 2008, p.116).


"As each message drips into a collection tank, its feeds back into the cycle, creating a metaphor for the impermanence and flux of the perception of ‘reality’ [Saatchi Gallery, 2009].


Bit.flow is Popp's second installation which immiscible liquids are pumped into a 45 metre long tube on a wall. A Computer program sets out a pattern which only at certain points form readible image, and each image "disintegrates in to chaos" (Freyer et al, 2008, p.116). 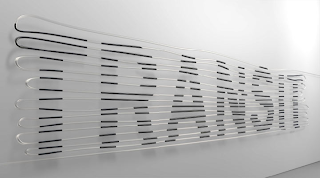