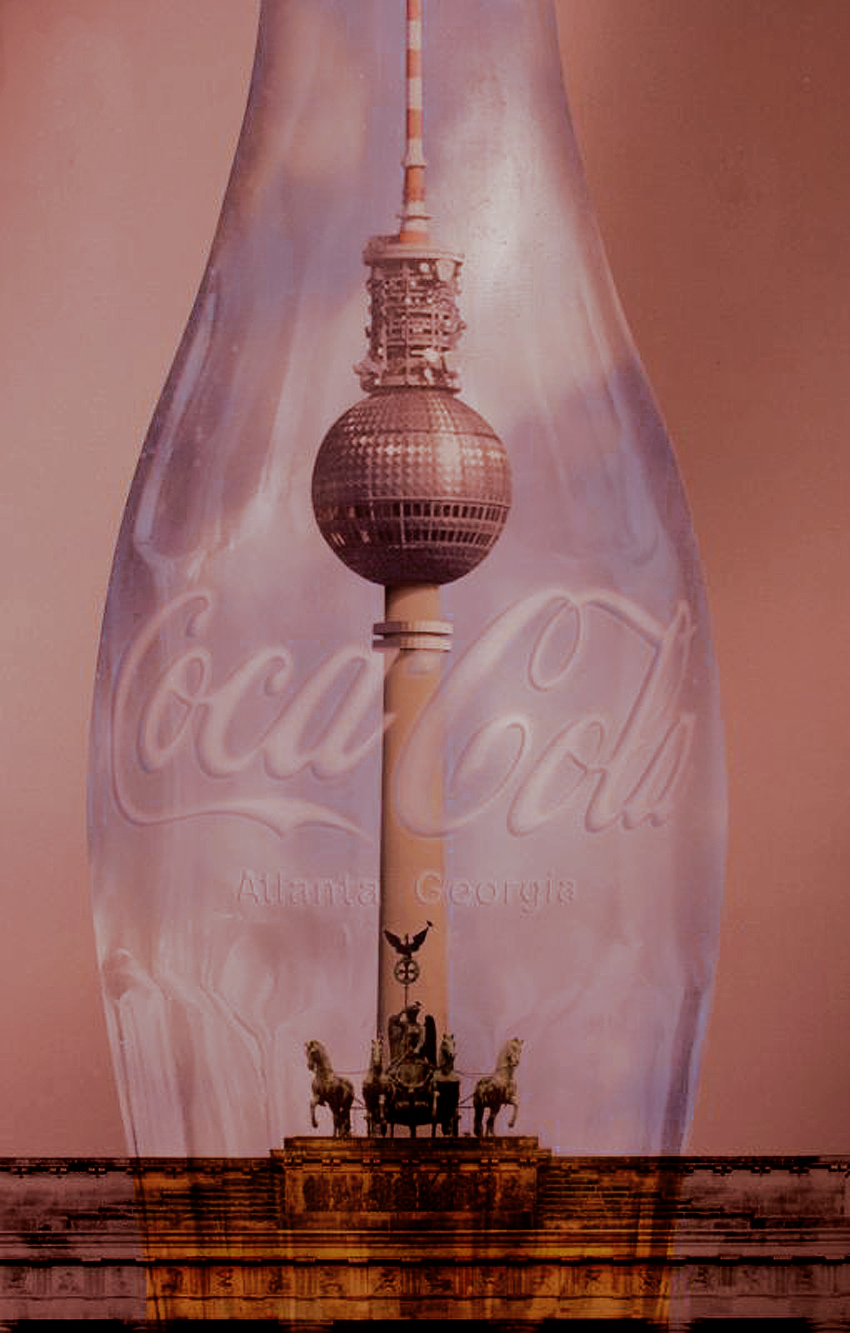 "Since East & West Berlin were reunited in the late eighties, the streets are once again abuzz with a creative energy and style that is uniquely Berlin. Two decades after the fall of the Berlin Wall, this once-divided city of 3.5 million people has successfully reinvented itself as a single entity that embraces its turbulent history." (Coca-ColaArt.com, 2007)


Brandenburg Gate is a symbol of German unity, and the TV tower, Alex, is an icon of the GDR. The strong brand of Coke is often perceived as a representation of Western consumerist culture. Adverts can also be translated into freedom and democracy (Berger, 1972). The image below is a Coca-Cola sign by the Berlin Wall, from a postcard. 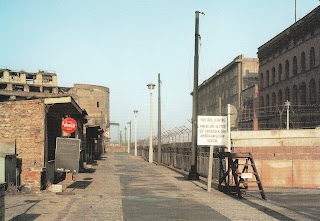