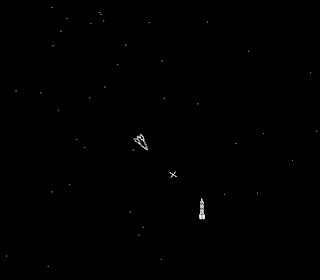 The Space Race and the Berlin Wall (1961-1989) overlaps chronologically - and this is due to both frontiers being fuelled by the Cold War, a political and economic warfare lead by the US and the USSR. Spacewars, "the world's first video game" (Colson, 2007, p.14) was also developed in 1961, by Steve Russell at MIT. The events of 1989 brought down the Wall, the ideology behind it, and the USSR.

"The day will have to contend with an imaginative universe that is very different from the one we inhabited in the space age" (Benjamin, 2003). Both science and science fiction have changed from the "hyperrealist tales of cybernetic intrigue" on rockets and space travel of the 1950s and 1960s - or space operas - have been replaced by "sword and sorcery - wizards in alternative universes" (Benjamin, 2003).

In April 1961, Vostok I sends Yuri Gagarin, first human into the Earth's orbit.