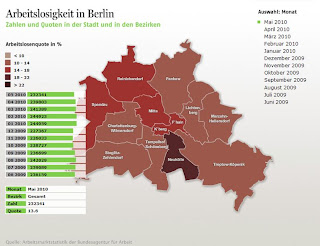 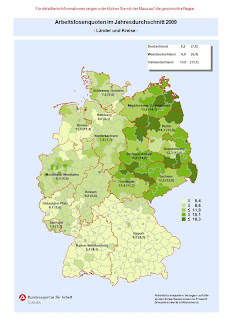 "This is a very complicated issue as not only is there a huge deficit of job openings in East Germany, but employers are often heard complaining about the "quality" of employees. The debate often centers around attitudes of employees in East Germany that had been used to a lifetime guaranteed job before the reunification. After the reunification, the social state was dramatically changed and in modern business, employees are asked to take initiative and to be much more ambitious. After so many years living in a different culture, this is very hard to change." [John G, 2010]